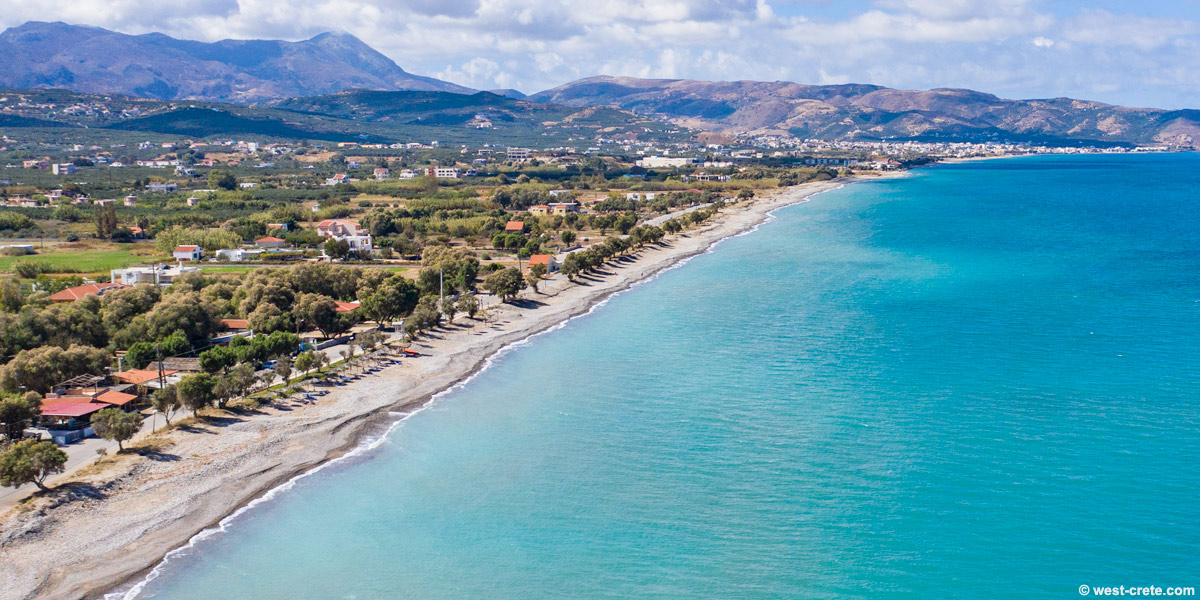 The beaches of Kissamos run along a good part of the Bay of Kissamos. There are two main beaches: the long strip of pebble that starts at the eastern end of the town of Kissamos and runs all the way to Nopigia close to the peninsula of Rodopou and the smaller town beach of Mavros Molos.

Type of beach: sand (Mavro Molos) and pebbles (long beach to the East)

Size of beach: the town beach, Mavro Molos is around 500 m long. The eastern beach runs all the way to Nopigia, over 5 km away.

Crowds: Mavro Molos being the town beach can get busy at times.

Sunbeds and umbrellas, a few showers, life guards at Mavros Molos beach. The eastern beach is less organized but has some umbreallas/sunbeds as well as tamarisk trees for shade.

Safe for children: you might have waves when the wind blows from the North. The water is shallow.

Car parking: easy parking along and near the beaches

Kisssamos is very well connected by road and public transport.

There are many restaurants and cafés by Mavros Molos beach and a few scattered along and near the eastern beach.

Best places to stay near Kissamos