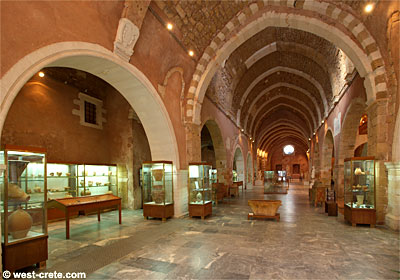 Everything nautical and a beautiful seashells collection as a bonus. The museum is located at the north-east end of the Venetian harbour.
Opening times: Monday - Saturday 10-16h Sunday closed

Located in a Turkish building, this museum shows objects from the Neolithic to Roman period found in the prefecture of Rethymnon. Many Minoan objects were found on hilltops sacred sites, in caves and necropolis.
Opposite the entrance of the fortezza. Opening times: Tuesday - Sunday 8.30 - 15h Monday closed

A new museum located in a Venetian-Turkish building on the main square of Kissamos.. The museum shows objects unearthed during archaeological digs in the area, including statues, jewellery, coins and a large mosaic floor from a Roman villa. There are exhibits from Falasarna and Polyrrinia and most of the collection spans the Hellenistic-Roman eras. 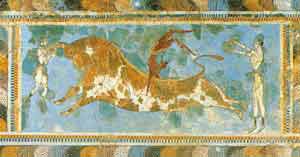 This museum is not in western Crete but if you come to Crete, it is almost a sin not to go to Heraklion to visit it. It houses the most important collection of Minoan objects and frescoes in the world and has been fully renovated. The museum gets very crowded during the tourist season but is still a must.
Plateia Eleftherias . Opening times in summer: Daily from 8.00 to 20.00 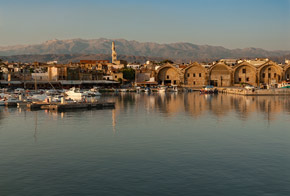