Monthly and daily number of visitors in Samaria Gorge

The gorge of Samaria is open only 6 months of the year. During that time the variation between the busiest month (August) and the quieter months (May and September) is not huge: 100% at the most.

What may be more important if you want to avoid crowds in the gorge of Samaria is the choice of the day of the week: the bulk of gorge visitors come from all over Crete on bus excursions and there are definitely days with less buses than others. Unfortunately this changes from year to year so it's not possible to give you an accurate guideline of which days of the week are busier and which days are quieter.

The table below shows you visitors numbers for 25 years from 1981 to 2005. As you can see the yearly number of visitors diminished from its peak of almost 300.000 in 1993 to around 180.000 in 2005. Ten years later it is still around the same if not a little lower so the days of seeing up to 3000 visitors on really busy days are over. Nowadays, 1000 visitors per day is already considered a fairly busy day in Samaria. 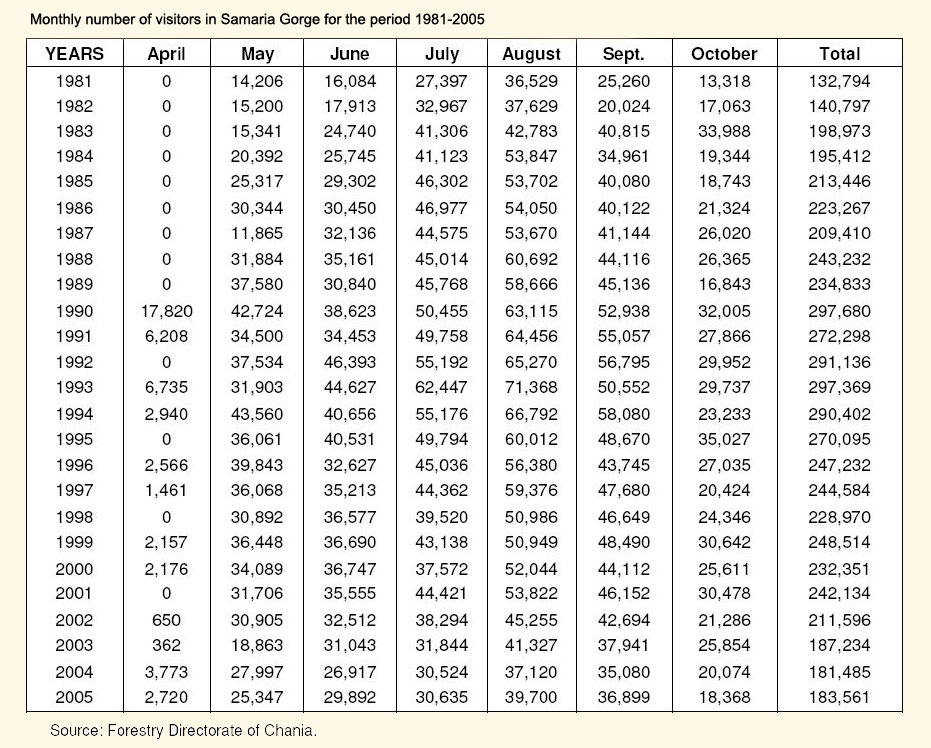 The table above ends in 2005 but visitors numbers kept dropping and reached a low of 110.000 visitors per year in 2013. Since then things have started to pick up a little but the gorge of Samaria is still FAR less crowded than it was in the 1990s. 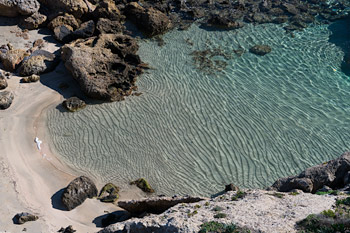